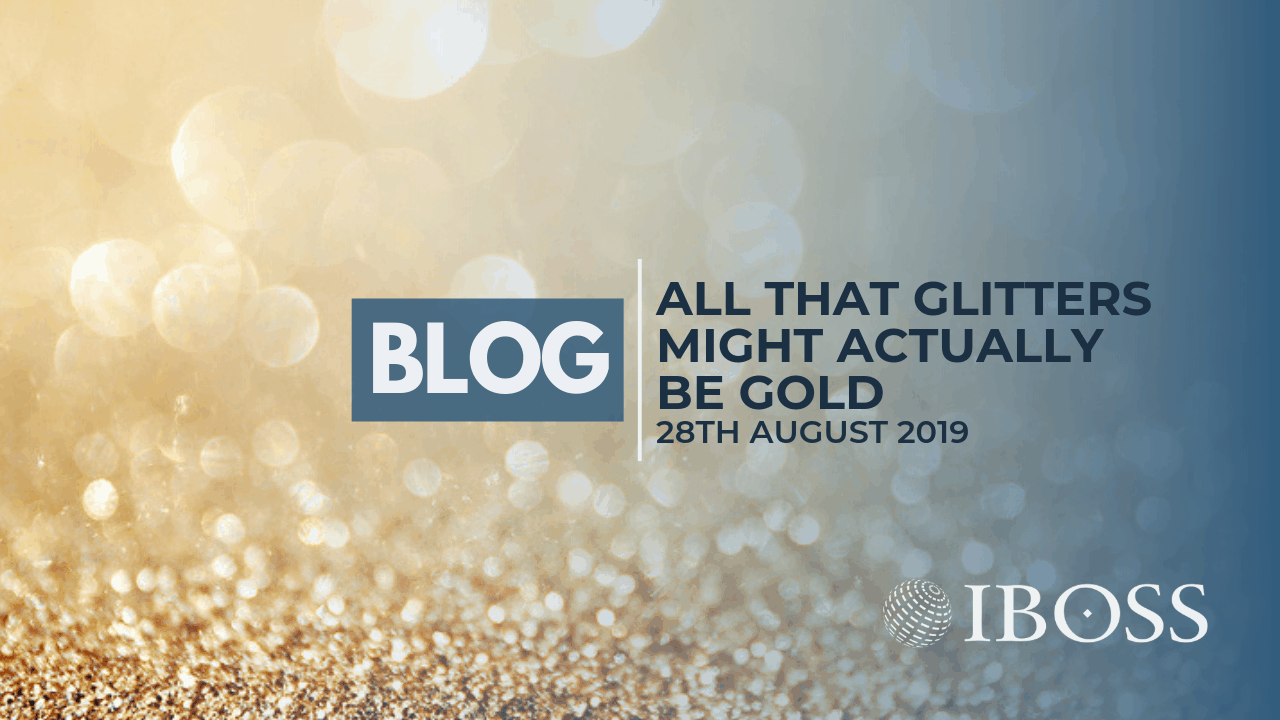 At the time of writing, gold has hit record highs in an ever-increasing number of global currencies. In this month’s blog we’ll look at the factors driving the resurgence of gold and why we are meaningfully exposed to the precious metal across our range.

A major and traditional criticism of gold is its inability to produce a yield; a point that is unarguable and a significant negative for the asset when compared to other safe-haven assets, particularly bonds. Traditionally, bonds of almost any kind – be them sovereign, corporate, long or short – and issued by any country have had positive yields. However, they have come under significant pressure over recent years with key sovereign bonds, such as the German 10 Year Bund, trading at yields below zero, essentially eroding the opportunity cost of holding gold.

This has occurred thanks, in no small part, to the extraordinary actions of central banks which has seen the increasing phenomenon of, frankly ludicrous, negative yielding bonds. On a relative basis, this means that not only is the opportunity cost of holding gold reducing but in some cases, and potentially for the first time in history, you are getting paid to hold gold over most European bonds.

What’s more, with Christine Lagarde’s appointment as the successor to Mario Draghi as the head of the ECB, we will have a President who believes negative interest rates are positive for the European economy; this increases the likelihood of the same policies and more entrenched negative yielding debt.

For what it’s worth, we think the doubling down on failed monetary policy is, frankly, a terrible idea but nobody within the powers that be seems willing to entertain the idea that, just maybe, they have got the whole negative interest rate policy totally wrong – so all good for gold then.

There are several other supporting components to the gold story right now. There is increasing talk of a move by various governments, and the good old central banks, to move to a cashless society. This would give the authorities the power to really control the money supply and the outcome of interest rate policy.

Individuals hoarding cash is the last thing central banks want and in Germany we are already witnessing a backlash surrounding the lack of a return on their savings – wait until banks start charging interest on their deposits. So far, this has only affected clients of high net worth but could impact a wider swathe of savers if unopposed. This is a positive for gold, investors know that central banks can’t print yellow metal and so it is less easy to manipulate and therefore, intuitively, more secure.

Another positive for gold is that bond, property and equity markets remain elevated relative to their respective historical levels. Leading economic indicators are, however, pointing firmly downward indicating the possibility of a global recession, not usually a positive for risk assets but as the chart shows it can be for gold.

With escalating trade wars, there is an increasingly pervading fear that the era of globalisation may be coming to an end and at a time where we are already late in the economic cycle. When you add in the political tensions surrounding areas such Hong Kong and Iran, the world just seems a more dangerous place, with the chance and potential impact of a political misstep ever increasing.

The heightened uncertainty of an American President who communicates via Twitter and is willing to pick fights with multiple countries, trade organisations and even his own (independent) central bank is an important factor to consider and has elevated investor concerns.

So, given this confusing and uncertain back drop, it seems sensible to be holding some gold whether it is via a physical entity or via gold mining companies.

One final point on gold is that it remains one of the few diversifying assets. As can be seen in the table below, it has a low correlation to bonds and an especially low correlation to equities – if we use the S&P 500 as a proxy for equities. Gold remains feared by many central bankers and politicians who don’t like the lack of control they have over it; likely a good enough reason to hold some in and of itself. 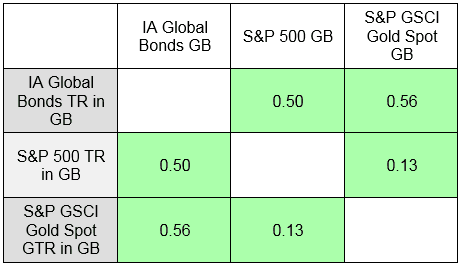 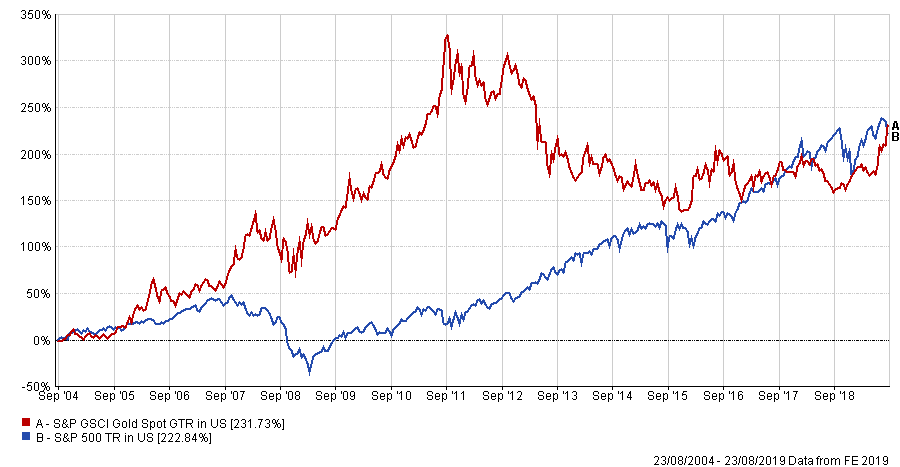