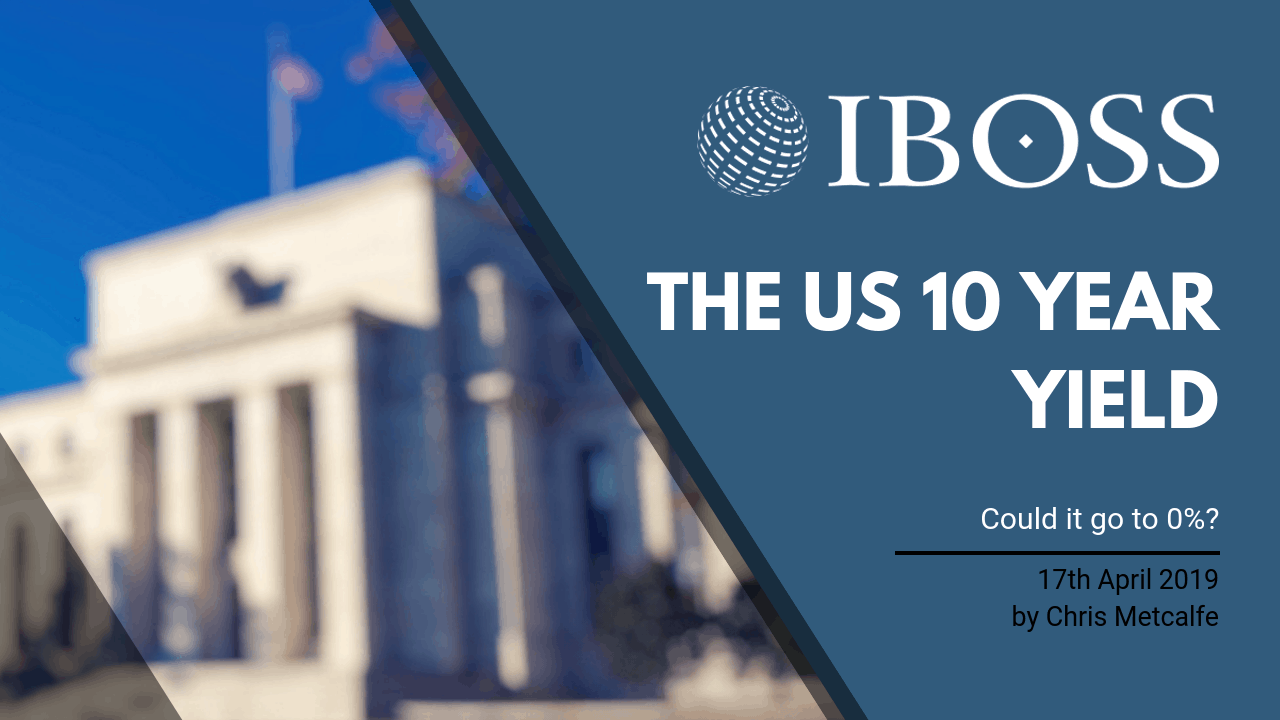 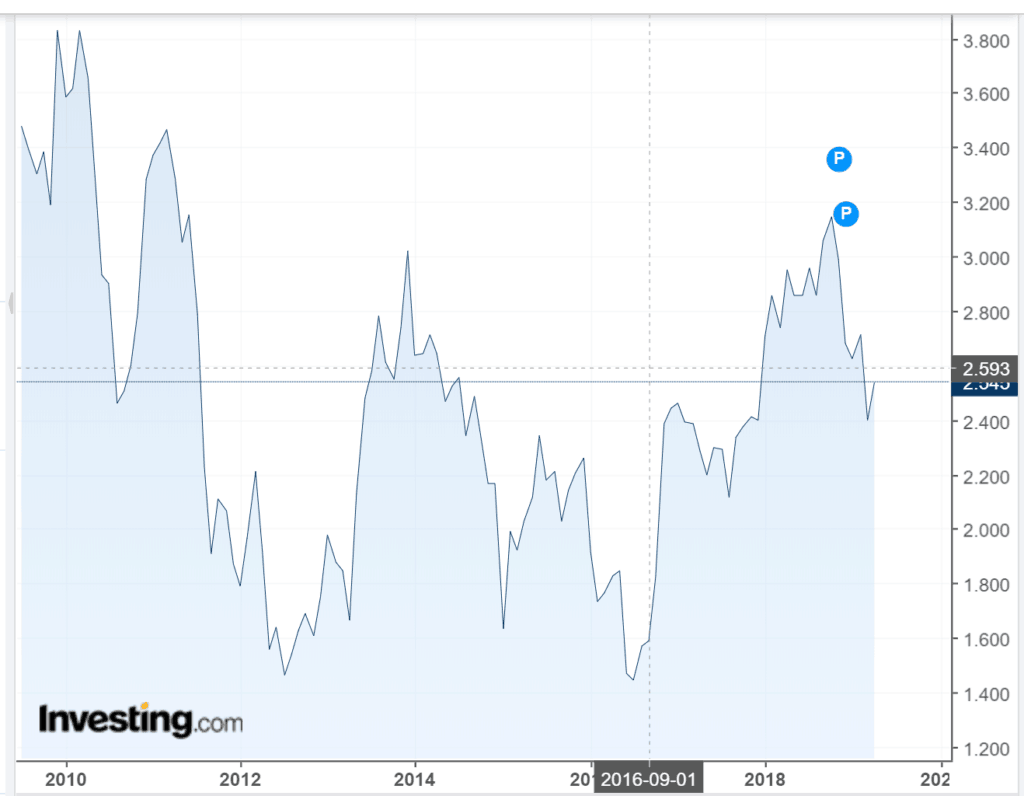 If you are pushed for time, and without wishing to spoil the ending, the answer is yes, the US 10 Year could go to zero. We fully appreciate that this is a contrarian hypothesis and our starting point was; what is stopping the US 10 Year Yield going to 0%?

We have been asking bond managers and economists this question for over a year now. In October we introduced our first explicit Treasury fund (we generally prefer active management in the bond space, except for shorter date bonds) as we believed the Fed would halt the normalisation of rates and that the yields would begin falling despite a robust US economy. Rather disconcertingly, it was around this time that the CEO of JP Morgan, Jamie Dimon, suggested that yields should be nearer 5% rather than the, little over, 3% we bought into.
Another contrarian position at that time was our view that the German 10 Year bund yields would revert to negative territory. The ECB was, at the time, hoping to end its QE programme, which was potentially negative for German and wider Eurozone bonds. In fact, and until recently, Mario Draghi and the ECB were talking about raising interest rates in the summer of 2019. It seemed common sense at the time to assume that this would result in higher yields across Europe, except it didn’t. The next step, following the removal of QE, would have been to raise interest rates. This looked to us to be a pipe dream, especially if economic data were to be the key driver of policy.

It is worth noting that there was an argument that, with German Yields at practically zero and peripheral bonds making new lows, there could be an unofficial ceiling on US Yields. Whether that was or was not the case is hard to quantify, however interest rate rises seem to have been put off indefinitely in the Euro area. Investor rhetoric has shifted to yet more fancy dovish schemes aimed at sustaining liquidity and maintaining borrowing.

Our point here is if central banks interfere often enough, and to a sufficient degree, then anything is possible. Recently the yield on the Greek 5 Year bond fell below the US equivalent – a situation that really does require mental gymnastics to understand the implied implications for risk. This is another example of something most people previously would have thought impossible, if there is a new normal it’s that nothing is impossible.

There is one huge elephant in the room when talking about Fed policy, and it’s an important factor in why we believe that the 10 Year bond yield can go to zero, and that is the Trump effect. One of Trump’s measures of his own personal success is an ever-higher stock market and we feel bond prices are very much a secondary issue, if he considers them at all. We expect Trump to argue for QE and interest rates cuts every day until the next presidential election. If he wins then that’s another four years of the same message and more Fed harassment. Trump himself recently recalled how in a phone call to Fed Chair Powell he told him “I guess I am stuck with you”. He is also on record as saying “Mnuchin gave me this guy” in what seemed to be his get out of jail free card so if something went wrong, well nothing to do with me guv!

It seems reasonable to assume that if the Fed do try and raise rates then Trump will once again regurgitate his line, “The Fed is out of control… and what they are doing is wrong”. If Powell did get another rate rise in, then we strongly suggest he first closes down all his social media and turns his phone off. He’d probably do best to skip Fox news as well.

If we assume that there will be few, if any, rate hikes this cycle, and let’s not forget that Trump’s latest picks for the FOMC are actually calling for cuts, then what happens if the economic data (continues?) to weaken. If Trump is re-elected there could potentially be another six years of a government that is hostile toward normalisation. This, over time, could be a super dovish government and a dovish Fed, so where is the push back going to come from against slashing rates back down to zero and therefore more QE?

In a speech given at the beginning of March this year, Fed Chair Powell used the word normal or normalisation twenty-seven times. Somewhat counterintuitively, ‘normal’ seems to take a lot more explaining than one might have supposed. It seems we can call almost any scenario a new normal, we just need to get enough people on board with it.

We have seen the monetary policies of Japan and Germany take their yields to zero and beyond, citing low inflation and faltering growth and the endless need to stimulate. It seems to us America could quite easily go the same way. Maybe not in 2019 or 2020 but bond yields continue to fall globally, and this has been against a stronger economic backdrop.

We asked a global bond fund manager during the period the last time German yields went negative, why are you buying something that will create a loss if you hold it to maturity? His answer to us was clear and unambiguous, “because I’m going to sell it to somebody else when the rate is even more negative”. If enough people are applying that logic then we do indeed have a new normal.
Finishing with a final quote from Federal Reserve Chair Powell, “The world has moved on in the last decade and attempting to re-create the past would be neither practical nor wise… there is no real precedent for the balance sheet normalisation process, and we have adapted our approach along the way”.*

That seems to us to be saying anything can happen from here and that includes US ten-year bonds yielding nothing. If we needed further proof of the current direction of travel, then we need only look at Modern Monetary Theory (MMT) but we will save that for another time. Suffice to say, if you add the word theory on to anything then that legitimises the argument.