We have put together a list of questions & answers that advisers & planners regularly ask us.

If you have questions we have not answered, please get in touch by emailing enquiries@ibossltd.co.uk or calling 01423 878 840.

Yes, but currently only the Core MPS portfolios. Distribution Technology have reviewed and profiled 5 of the 8 discretionary portfolios within the risk profiles used on Dynamic Planner. The main objective of the DT risk profiles and fund risk profiling service is to provide you and your clients with a meaningful measure of the long-term investment risk of fund strategies and a mechanism for selecting solutions appropriate for investor appetite and capacity for risk.

The profiles which DT have assigned to the portfolios are set out below.

Please email Kevin@ibossltd.co.uk for a copy of our risk profile report.

"Are the MPS portfolios risk rated by Defaqto?"

Yes, but currently on the Core and Sustainable ranges.

Risk Ratings are numbered from 2 to 10, where 2 is a solution that has a very cautious investment
approach, and 10 a speculative approach. These match Defaqto’s client Risk Profiles, which range from 1 to
10, and where a client with a Risk Profile of 1 would be most suited to investing in bank account
cash.

The highest risk rating also has an upper boundary, and may not be suitable for clients wishing
to invest in a very high risk, unbound, solution.

The Risk Ratings that Defaqto have assigned to the portfolios are set out below.

Defaqto’s end-to-end financial planning software solution Engage allows advisers to extract their clients’ mandates in a compliant manner, and to find suitable funds to match these.

“What platforms is the discretionary MPS range available on?”

The MPS range is available on the following platforms:

“What research tools is the discretionary MPS range available on?”

The MPS range is available on the following research tools: 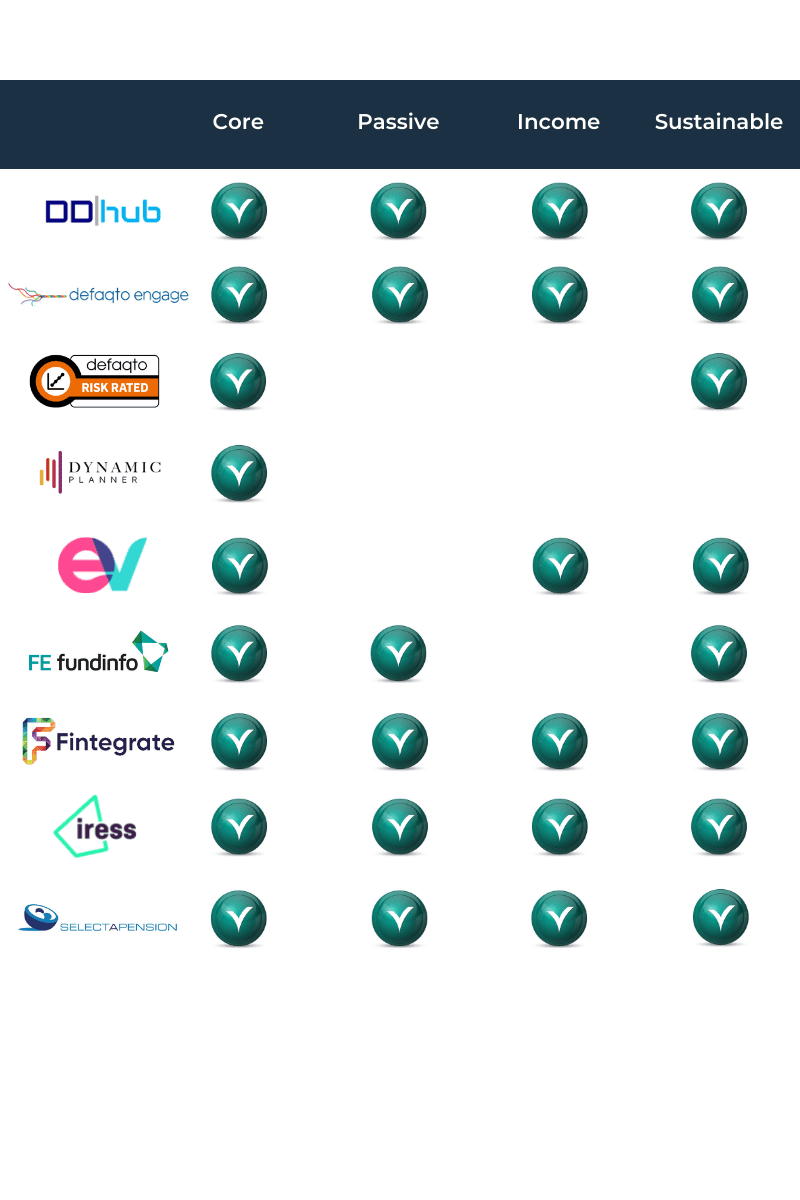 "Has the MPS range received any industry accreditation's?"

The IBOSS discretionary MPS range on platform is 5 Star rated, this shows it provides one of the highest quality offerings on the market. Star Ratings look at the features and benefits of a product or propositions, rather than solely focusing on cost.

In addition, the Core MPS achieved 5 Diamonds, meaning it offers an excellent proposition relative to the peer group across charges and other fund manager features including the business, team and investment process.

These awards are aimed at highlighting the very best in service provision to advisers and their clients from across the financial services industry. IBOSS placed top in the discretionary wealth management category, as voted for by advisers and planners, finishing above many other well-known industry peers. 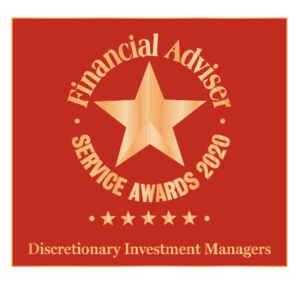 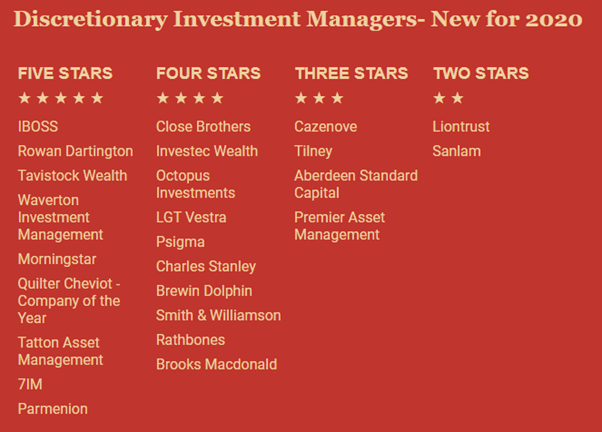 "Has the OEIC Fund Range received any industry accreditation's?"

The IBOSS OEIC Fund Range is 4 Diamond rated as a fund family, meaning they offer a good proposition relative to the peer group across charges, performance, risk shape and other features.

Each IBOSS fund has also been rated individually within the Multi-Asset Returned Focused category. IBOSS fund 2 and 4 have been 5 Diamond rated, offering an excellent proposition relative to the peer group across charges, accessibility, performance and other features. IBOSS fund 1 and 6 have both achieved 4 Diamonds.

Yes. Distribution Technology have reviewed and profiled the 4 funds offered by IBOSS Asset Management within the risk profiles used on Dynamic Planner. The main objective of the DT risk profiles and fund risk profiling service is to provide financial advisers and their clients with a meaningful measure of the long-term investment risk of fund strategies and a mechanism for selecting solutions appropriate for investor appetite and capacity for risk.

The profiles which DT have assigned to the funds are set out below.

Please email Kevin@ibossltd.co.uk for a copy of our risk profile report.

“What platforms are the OEIC funds available on?”

The OEIC is available on the following platforms:

If your preferred platform isn’t listed, please let us know and we will try to facilitate it. We are led by adviser demand. 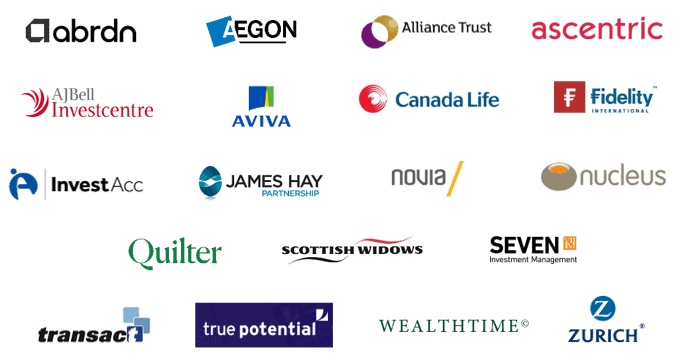 “Where does your asset allocation come from?”

We don’t want to be constrained by an asset allocation tool.

Therefore, when creating the portfolios IBOSS studied numerous economic principles, including Harry Markowiztz’s modern portfolio theory, and those of Watson Wyatt and respected fund managers, as well as long term historical performance data. We then compiled our core asset allocation defining the percentages allocated to each asset class.

The emphasis was on:

High levels of diversification and low levels of correlation

Using multiple funds in each sector further reduces volatility, as no fund manager gets it right every time and it reduces the risk of one manager adversely impacting on the performance.

We consequently hold approximately 35 funds in each portfolio.

“Why so many funds?”

The reason for the large number of funds is our preference for multiple funds in each sector to offset manager and style risk.

This has proved to be a very effective strategy to reduce overall drawdowns.

“How do we ask a question of your Investment Team?”

Simply give us a call or send in your question by email and we’ll make sure you get an answer.

Our Investment Team enjoy speaking to advisers and planners, and feel this level of personal interaction helps them stay in touch with client concerns.

"What’s your view on Exchange Traded Funds (ETF’s) and do you utilise them?"

Two potential advantages of an ETF over a passive are:

The first point doesn’t really interest us, as we tend to take relatively long term positions. We would not choose to use a passive or ETF to time markets, instead we would use them to either maintain diversification of the portfolio or purchase cheap beta to a broad index should a market look fundamentally cheap.

The second point is more interesting, the wide range of ETFs available mean that you can get exposure to fairly niche sectors or subsectors that passive products don’t necessarily cater for. This being said, we tend to take a broad, flexible view when picking funds, preferring to leave alpha generation to the underlying managers. Picking a specific sector or geographical ETF is taking that decision out of the managers hands and into ours instead, this is not our core competency which is selecting the very best managers, who get most decisions right most of the time, and constructing fully diversified investment offerings.

That being said, we have previously held the Physical Gold ETC in the OEIC funds as a defensive position and diversifying position. So we will use ETF/ETCs should we feel it necessary.

A disadvantage of the ETF proposition in comparison to Passives is:

Basically, if we are not using the advantages of an ETFs flexibility then, in our opinion, we should take advantage of the cost benefits of passives.

"What Risk Management framework is in place?"

Governance of the Risk Management framework is the ultimate responsibility of the Board of Directors, which performs the Governing Function of the Firm under the supervision of the ACD. The Board of Directors are responsible for all aspects of the business, including setting the culture and ensuring that the firm acts honestly, fairly, professionally and independently.

"What reassurance can you provide in regard to the financial security of your OEIC?"

Your investment will be spread across one or more of the IBOSS OEIC sub-funds. Unlike a bank, Margetts, our Authorised Corporate Director (ACD), do not hold client assets on their balance sheet.

In the unlikely event that Margetts fails, the most likely action would be that the depositary would appoint a replacement operator (referred to as the Authorised Corporate Director), or return your investment plus any gain or loss.

There should be no direct effect from this action other than the normal movements of the underlying assets and a change the Authorised Corporate Director.
Margetts Fund Management is a regulated firm who are also required to hold reserves, which in a worst case scenario should allow the firm to close in an orderly fashion.

In the very unlikely event that Bank of New York Mellon fails, the most likely action would be that the fund is moved to another depositary and there could be a short delay in your ability to trade in or out of the fund.
Whilst an absolute guarantee cannot be provided, OEICs are regarded as one of the most secure asset structures within the UK market. The funds are UK Authorised Collective Investment Schemes and are authorised and regulated by the Financial Conduct Authority.’

In the unlikely event of a failure of Margetts, which causes a loss, the Financial Services Compensation Scheme could become available.

“What are the contingency plans if Chris were unable to manage the fund?”

Whilst Chris heads up our Investment Team, it is just that, a team. If Chris were unable to carry out his duties in the short-term Chris Rush would take charge.

Because we follow a house view, life would continue unchanged with the same investment approach and philosophy, until Chris returned to work.

If Chris were unable to return to work our Continuity Plan provides for resources to replace key members of our team who can no longer fulfil their role.

"Is there a set minimum investment amount?"

Whilst we don’t set any minimum investment amounts, depending on the platform of choice there may be some restrictions.

However, in the majority of cases, this is normally as low as £100.