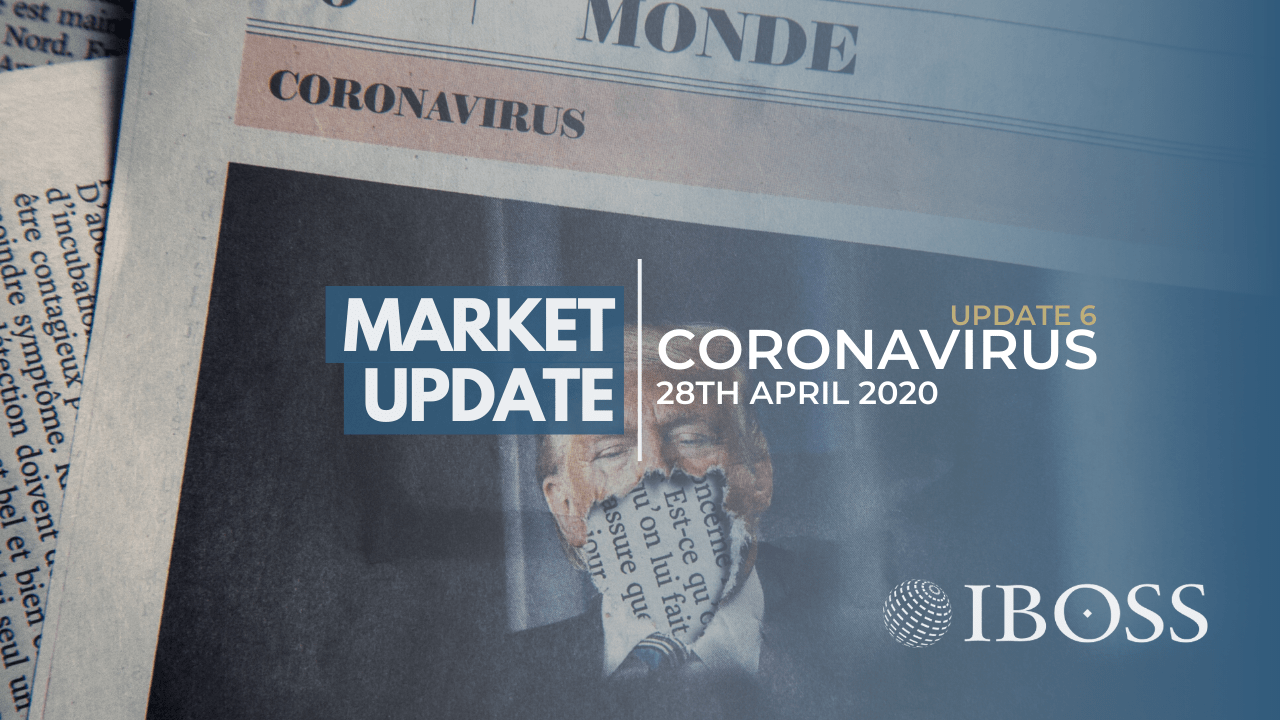 Winners, Losers and Opportunities
Economist Doctor Pippa Malmgren made the analogy between COVID-19 patients and areas of the economy, to identify which investments had out or underperformed. I am paraphrasing, however, it seems to be the case that areas with pre-existing health concerns underperformed relative to those areas that were deemed to be in rude economic health prior to the virus. What this means is that the areas that looked expensive prior to the coronavirus drawdown continue to look expensive, and perhaps even more so than previously. Without going into too much detail the currency, sector, style and geographical trends that have dominated that last 5 years better defended capital in aggregate, despite relatively higher valuations.

Equity and corporate bond markets have undoubtedly taken a leg down and, as such, there are likely to be more opportunities than we have had for some time. We would, however, caution that many of these opportunities will, by necessity, be very selective and longer term in nature. There are significant short-term fundamental headwinds which many companies must overcome against the backdrop of a potential second wave of lockdowns in the future. It is impossible to generalise the impact across industries, but those companies which survive should be better positioned than previously and they may well have enhanced pricing power against a backdrop of less competition.

Coronavirus and Market Response
It is understandable that investors are currently focused on the coronavirus figures; as such, some have begun pricing in the more positive news as the probability of worst-case scenarios looks to have somewhat diminished, at least for now. Looking through the data and into the long term is of course a function of markets, however, we are again becoming slightly more cautious on risk assets. We have had a fairly sharp rally over the last month and, whilst worst case scenarios might have been avoided, the economic outlook and general uncertainty remain elevated to rarely seen levels.

The range of potential outcomes is reflected in the scale of the equity market rebound that started on the 23rd of March but has dominated performance throughout April so far. US equities have perhaps priced in the most positive outlook, seeing a rise of 10.4% against the rest of the world of only 3.5%. In real terms, this equates to US markets trading back at levels last seen in April 2019, whilst world equities ex US were trading at these levels in May 2015. This hardly seems to us grounds to be more bullish US equities rather than other areas of the world which remain cheap relative to their history.

The reason the discrepancy between the opinion of the US and much of the rest of the world is so stark is likely based on multiple factors, however, one that is hard to ignore is the impact of Donald Trump. The US response to the human tragedy of the virus has been dysfunctional and often just plain chaotic. The latest incident which surrounded the use of cleaning products as a potential solution caused unsurprising alarm in many quarters. However, the president has done very well to convince many on Wall Street that peak infections will correspond with peak economic impact, therefore signalling a swift return to normal. This super optimistic scenario seems unlikely considering there seems to be an increasing amount of options to relieve coronavirus symptoms, but the real goal of a vaccine still appears some way off. This is of course coupled with record levels of what we hope is short term US unemployment, a barely functioning oil market and a plethora of terrible economic data. This is where the US is certainly not on its own, with Europe’s outlook and lack of fiscal unity in the Eurozone adding additional headwinds, with the potential to make the longer term effects of the virus even more severe and damaging, especially to Spain and Italy.

In all countries, the longer the shutdown continues the bigger the impact on companies and the broader economy. The good news is that social distancing has, so far, succeeded in flattening the virus curve. If, however, social distancing is the equivalent of opening a parachute then stopping social distancing too soon is the equivalent of removing that parachute once you have begun to slow down. The whole world is battling with this conundrum and the rhetoric has heated up as the economic effects intensify on almost every aspect of people’s real life.

Where do we go from here?
Considering the rebound in the US, there is now the biggest valuation difference between ‘winners’ and the ‘losers’ that we have seen for several years. We would hazard that, for multi asset portfolios, it is less likely to be about risk taken (Beta) and more about prudent asset allocation and fund selection (Alpha) from here.

The significant and well publicised short-term headwinds and fundamental issues are likely to mean that risk assets will see more volatility. This will likely be reflected through larger than average drawdowns but, conversely, rapid spikes upwards in certain areas of the market; indicating the importance of remaining invested even through tougher market environments. Risk assets, pre-February this year, moved on central bank stimulus i.e. there was one predominant input, hence low volatility. They now move on Central Bank stimulus, Government (fiscal) stimulus and virus news; three inputs lead to more volatility, and that is what we have seen and will continue to do so for the foreseeable future.

In any case, the next decade promises very different challenges to the last decade. Fiscal stimulus, although unequal across countries, has added to the burgeoning monetary stimulus which provides a level of financial support and engineering that has never been seen before. Much like the coronavirus, the range of outcomes from here looks to be larger than we have witnessed since 2009. As such, we would stress the importance of remaining diversified which means, in part, underweighting areas that are over reliant/ too exposed on positions and theories which have outperformed in recent history. Our current positioning remains an overweight to UK and emerging market equities and an underweight to US equities and property.

For the full discussion including, performance, inflation and a view on UK Equities by George Godber at Polar Capital, you can watch a replay of our Webinar by clicking here.

This communication is designed for Professional Financial Advisers only and is not approved for direct marketing with individual clients.

Past Performance is no guarantee of future performance. The value of an investment and the income from it can fall as well as rise and investors may get back less than they invested.