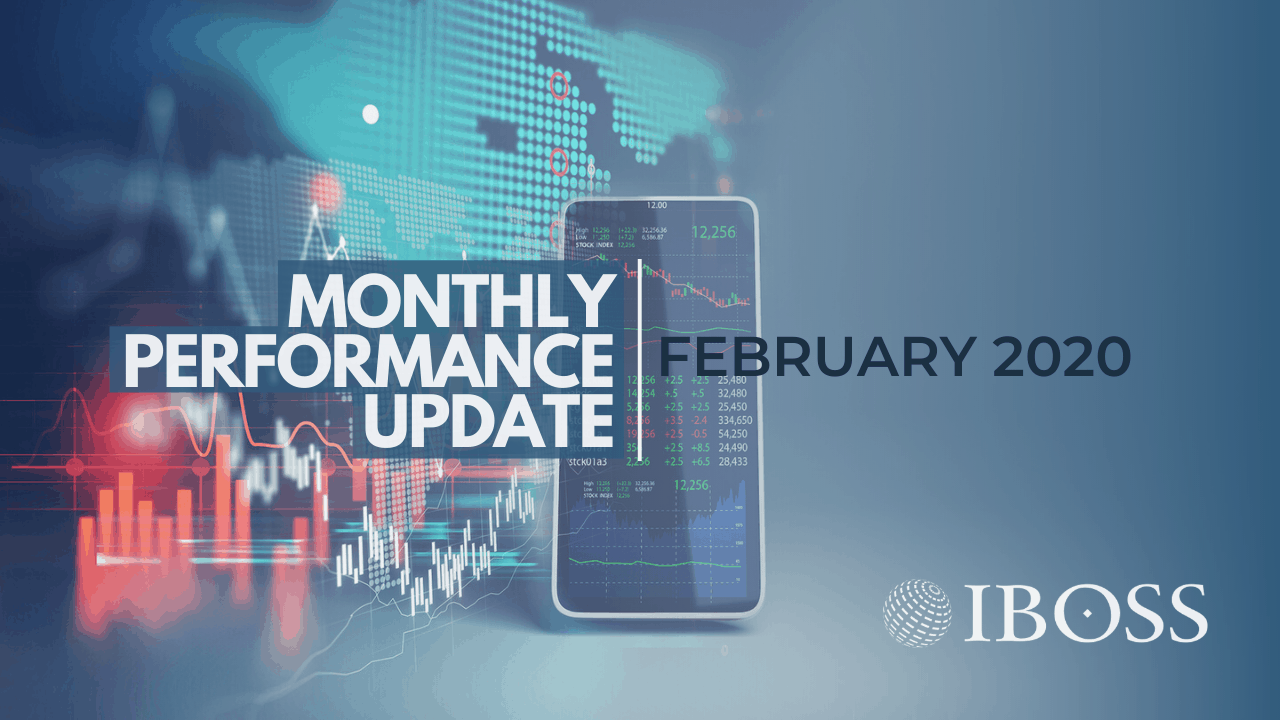 At the time of writing our last monthly update all eyes were focussed on the, apparently, impending war between the US and Iran following the assassination of an Iranian general. The shortest recorded war was apparently between the British Empire Vs. Zanzibar in 1896, but the latest US – Iranian conflict doesn’t appear to have lasted much longer.

By the end of the second week of January, the global markets had completely shrugged off any impending fears of Armageddon and were on fire led by Global Technology and Chinese equities. The central reason markets had been going up for much of the previous 12 years was back in play; easy monetary policy with no ‘tightening’ clouds on the horizon.

It was then in the third week of January that the outbreak of coronavirus in the city of Wuhan, China, really started to hit the world media headlines and impact the equity and bond markets.

The economic fallout from the virus is impossible to quantify, but if the number of cases fell next week, which looks incredibly unlikely, there is already damage to the Chinese economy and this must feed through to economic numbers in relatively short order. If the extrapolations from the impact start to be more positive however, or at least better than worst case scenarios, we could quickly to revert to the liquidity fuelled stock market melt up.

We ended January with the UK leaving the EU and beginning a transition period which will run to the 31st December 2020. We discuss our views and opinions on how the negotiations might be played out, alongside all the topics above in our February Market Update.

To view, save or print any of our Monthly Performance Update tables in PDF, please select your required version(s) below;

If you have any queries regarding this update, or any questions relating to anything else, please do not hesitate to contact us by clicking here.