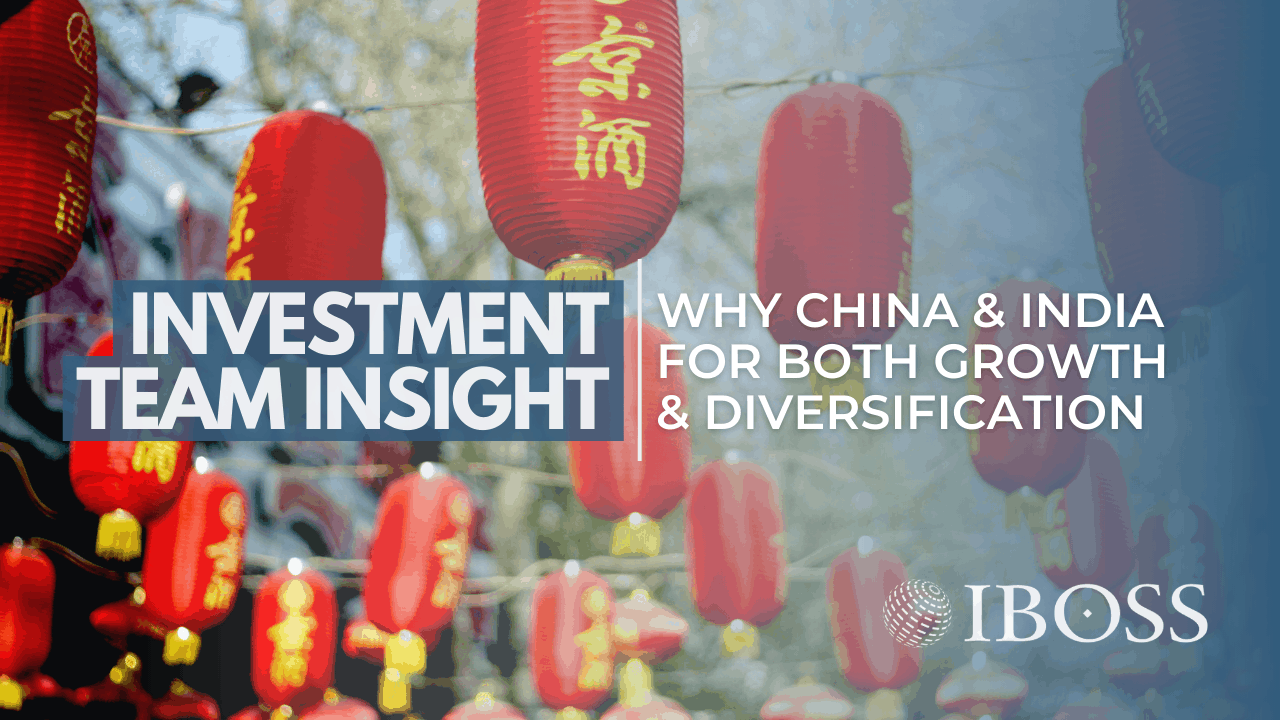 Few people would question China and India’s economic rise over the last few years, but what’s next for the world’s second and fifth largest respective economies and, more importantly to us, the investment opportunities?

Well, for a start, it is becoming increasingly apparent that due to China and India’s mixed economies, i.e., ones based on both command and free-market components, Chinese and Indian equities offer a significant degree of diversification (fig.1). This is somewhat ironic because the Fed leads the equity market around by the nose in the US. Yet, historically, the US equity market would be described as ‘free’, and the economy the living embodiment of free-market principles.

The Chinese government has recently demonstrated their willingness and ability to bring to heel their tech behemoths and their entrepreneurial leaders. The last-minute cancellation of the eagerly anticipated Ant IPO after the Chinese regulators had so recently approved it showed the determination of the government machinery to do things their way. Markets wobbled in China and Asia more widely as participants came to terms with such unprecedented actions but overall, they remained pretty resilient. Contrast with what might have happened if, say, the US if regulators had stepped in to stop such a launch at the behest of the government. Of course, we cannot say for sure because it has happened (yet), but our best guess is it would have caused market carnage. 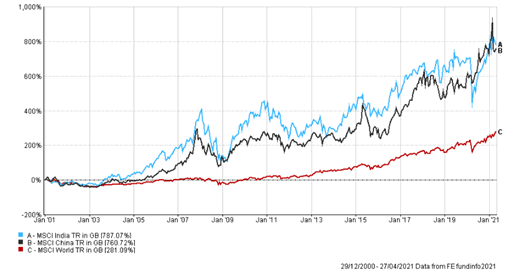 Investing in India brings its own distinctive elements, but again, as shown in the table (fig.1), it has excellent diversification benefits as measured by 3-year correlation. The correlation is particularly low against China (0.23), but even against the broader MSCI World index (0.57), it has considerable merit as a diversifier. Between them, these two economic powerhouses are on numerous issues experiencing ongoing political disputes. The merits of investing in both countries, however, remain clear with almost unequalled growth potential. Although the relative returns have varied considerably for sustained periods, the outcome over the last two decades has been outstanding.

From a pure investment perspective, what many see as government interference in issues such as currency or anti-trust matters can mean the respective economies and stock markets of countries such as China and India can perform differently to say the US, UK and mainland Europe. In these more developed economies with longer-standing political structures, although the government does play a role in market developments, it has really been all about the role and actions of the central banks for the whole of the last decade. As shown in the table (fig.3), during the previous three market drawdowns, it is not necessarily the more developed markets that offer the most protection.

To summarise, we believe there is merit from both growth and diversification angles by investing in India and China as a part of our global equity allocation. Not only are there significant opportunities per se, but an investors journey can, during many periods, actually be smoothed by adding these idiosyncratically volatile countries.