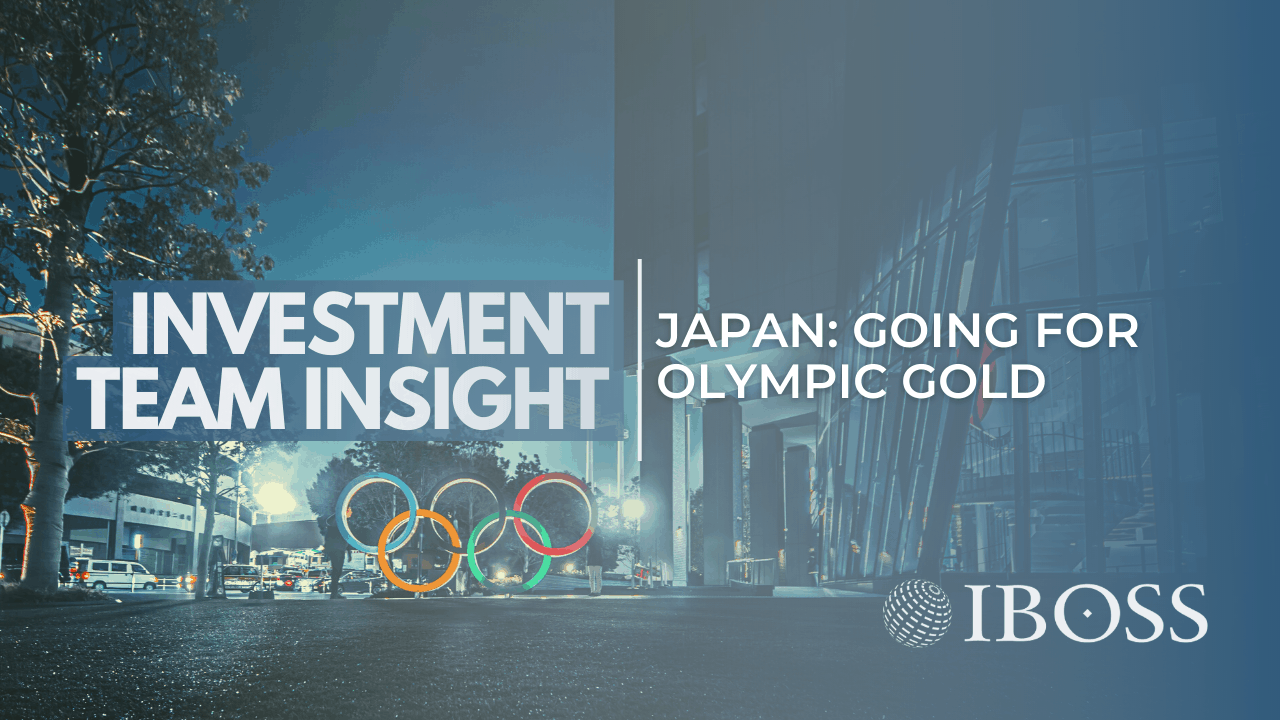 After a year’s delay, all eyes were on Tokyo on Friday as the curtain was finally raised on the 2020 Olympics. In the weeks to follow, despite the lack of crowds in the various sporting arenas, viewers can still be expected to be thrilled by the performance of the world’s best athletes and sportspeople competing to be crowned gold medallists in their respective events.

Of course, whenever an Olympics is held, the eyes of the investment world are also drawn to the merits of investing in the host country. So, the question being asked right now, as it pretty much has been for the last 20 years, is Japan a gold medal prospect or will it crash into the hurdles?

Much of watching the Olympic’s is listening to the pundits. Putting my pundit’s hat on, I have been in this industry for almost 37 years, and in that time I have grown tired of trying to call what is going to happen in Japan. I have always found managers and experts who make a bullish case for investing, but then nothing happens.

In the past, we have been unwilling to allocate specifically to Japan and instead used managers who could flex their position between Japan and Asia. One fund we have used is the Baillie Gifford Developed Asia fund, which has about 60% of its portfolio held in Japan. For us, it is about knowing our limitations, and we just had to accept we could not call Japan.

Historically, one reason to exclude Japan was its unconventional monetary policy. However, over the last three to four years, given the moves we have seen by the Federal Reserve and the ECB to adopt unconventional monetary policies, the playing field has been levelled. As a result, we started to increase our exposure in May 2020 and incorporated a specific Japanese only equity holding.

In summary, there was no longer any idiosyncratic reasoning to not hold Japanese funds based on what was previously unconventional monetary policy. All monetary policy is now what was formerly known as unconventional, and therefore it is now conventional. If there was any doubt on all the central banks adopting these kinds of super loose policies, Christine Lagarde, head of the European Central Bank, pretty much confirmed this in an interview last month.

Another factor investors need to consider when it comes to investing in Japan revolves around the yen. We have seen over the years, probably more than any other major currency, the difference between hedged and unhedged share classes. It is vital to understand what you are buying because while you can generate strong returns on the stock market, much of this can be wiped away on the currency trade.

If you want a reason as to why Japan as an overall index has underperformed other major indices since the rally, it is primarily due to the headwinds of currency. This can be seen as the difference in performance between the hedged and unhedged share classes over the last year. Taking the example of the JPM Japan Fund, the hedged share class is up 27.2%, while the unhedged has only risen 12.16%. This is a huge difference and something of which investors need to be aware.

To achieve the best results in the Japanese Equity market, we have a mix of active, passive, hedged and unhedged funds within our model portfolios. In addition to holding the actively-managed JPM Japan Fund, we also hold the iShares Japan Equity Index, which provides a more broad-based, whole of market exposure to the Japanese market.

The result is that hopefully, we have a robust, cost-effective Japanese weighting. When it comes to Japan, we have simply learnt to accept the practical limitations of our knowledge and not think we know more than we do.

Past performance is no guarantee of future performance. The value of an investment and the income from it can fall as well as rise, and investors may get back less than they invested. Risk factors should be taken into account and understood, including (but not limited to) currency movements, market risk, liquidity risk, concentration risk, lack of certainty risk, inflation risk, performance risk, local market risk and credit risk.