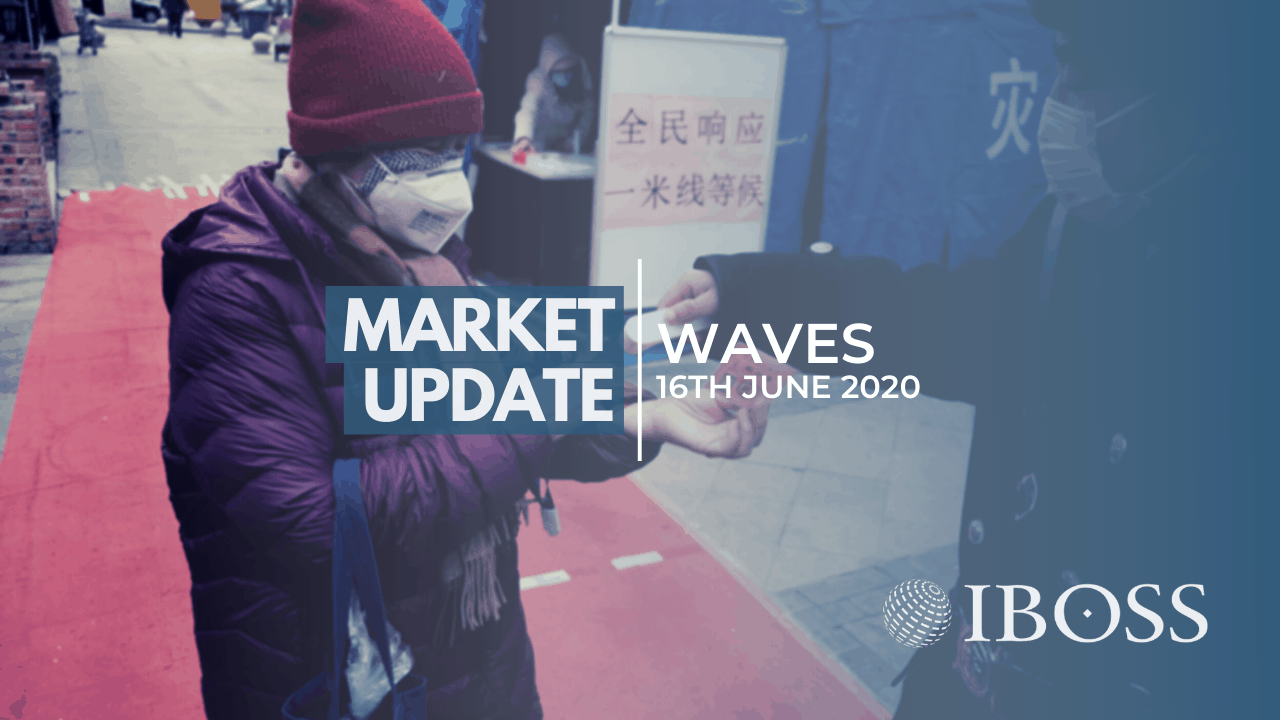 Sunday evening through Monday morning saw equity markets falling fast on fears of an apparent second wave of Covid-19 in China and a continuation of the first wave in the US. A few short hours later the Fed came to the rescue, again.

The Fed announced that they have moved from buying exchange-traded investment-grade bonds to purchasing individual bonds, which was a very pleasant surprise for markets.

Once again then, the Fed ‘put’ looks to be very much in place. The day started with the futures down 3% but by 5.00pm yesterday afternoon market makers got over their pandemic fears and all risk assets were chased higher. The S&P finished up nearly 1% and once again buying the, now proverbial, dip had worked a treat.

Elsewhere, on a day full of good news rumours for markets, the UK and EU looked set to reach a deal, with the bloc’s top officials and Boris Johnson confident on a willingness to compromise and the PM saying the prospects for an accord are “very good”. A resurgently chipper Prime Minister even brought back the 1970’s Esso petrol’s strap line “Put a Tiger in your Tank” to emphasize the concerted effort he expected both sides to now put in to finalise a deal.

There was yet more optimism surrounding the Trump administration’s $1 trillion infrastructure package and its potential to spur growth through targeting areas such as roads, bridges and 5G. I think between now and the election we can expect many more of these kinds of suggestions and proposals, a situation reminiscent of the on/off China/US trade deals. Back then, when markets wobbled, Mnuchin, Kudlow or even the President himself would often make very positive noises about how well the talks were going to calm market fears. Even at the time it seemed amazing to us that the positive, but basically the same, headlines could move markets multiple times. There have been similar attempts to do this with the economic impact narrative around the virus, but that is proving much more difficult to influence.

We have talked many times about the risks of sitting outside of risk assets or running to cash. The market rises ignoring that the fundamentals and economic outlook look generally weak but that is not what the global equity and bond markets are trading on, its stimulus and the belief that the central banks have the investors back. Until that faith is broken, the markets probably can’t fall too far.

For a few minutes yesterday the narrative appeared to have potentially changed. Second wave fears (in the US simply a continuation of the first one) and the question again of what would/could the Fed do? We quickly found out the answer, throw yet more stimulus out and watch the buyers race back in, and that is exactly what they did.

We now feel more cautious than we have for several months about risk assets as so much stimulus and good news appears to have been priced into the markets. It makes sense to us to maintain our Treasury/Gilt holdings, a relatively high cash balance and our gold position. After all, there is always the possibility that the economic fundamentals we used to read about in books make a comeback, anything is possible.

This communication is designed for Professional Financial Advisers only and is not approved for direct marketing with individual clients.

Past Performance is no guarantee of future performance. The value of an investment and the income from it can fall as well as rise and investors may get back less than they invested.