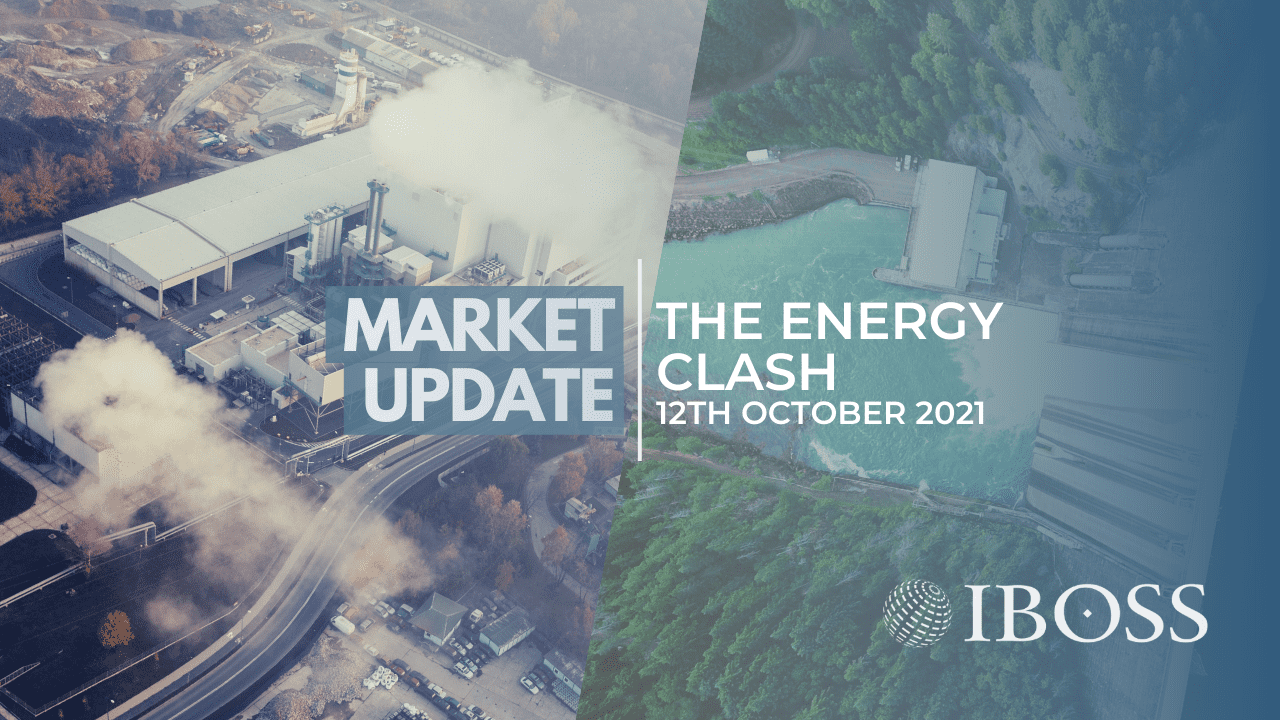 Though the second half of 2021 started relatively benignly following a turbulent start to the year, September leading into October has faced a series of economic/political events that have increased market uncertainty. However, it is worth noting that, as with all things in the investment world, these type of situations bring opportunities and not just additional risk.

The situation with Chinese property giant Evergrande has been in the headlines for several months now. Just in case anybody has not been watching this story unfold, Evergrande is one of the largest property developers in China and has become its most indebted developer following ambitious ventures both inside and outside of the property world. These projects include the world’s biggest football stadium (in the shape of a Lotus flower), a theme park and even forays into electric vehicles.

Unfortunately, it now looks increasingly likely that Evergrande may be unable to finance or pay down their increasing debt burden. Considering that it is one of the largest 500 companies by revenue globally, a concern for investors is that any default might have a broader global impact, but so far, the effect has been relatively muted.

The primary fear for Chinese equities remains the government’s increased regulatory pressures on Chinese companies, especially those directly related to health, housing, and education. These sectors are also known as ‘the three mountains’, and the government has committed to a structural reform of these industries regardless of how their actions might affect share prices. Despite the obvious headwinds, such actions create the price of stocks in some parts of the Chinese market to look increasingly attractive, particularly relative to some ares of the US.

During the recent period, China was characterised by many commentators and some fund managers as ‘uninvestable’, however, the broad China/Greater China market has proved relatively resilient despite higher volatility. 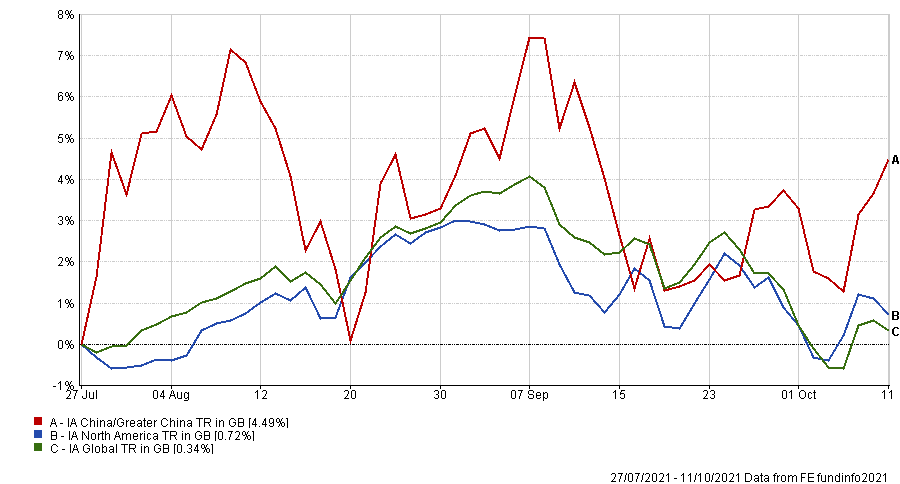 Another headline staple has been an increase in energy prices. We are all aware of the impact this has had within the UK, but it is worth mentioning that the energy situation is very much a global issue. The problem is perhaps most acute in Europe as the debate is being waged over whether the increased costs are associated with renewable energy policies. This is encapsulated by how the European Union encourages members to deal with energy issues, as well as Russia’s influence over member states.

In addition, China has confronted rolling blackouts and factory closures. Though the US has fared better on a relative basis, states such as California have struggled to keep up with demand, and we haven’t even got to the time of year when demand generally increases.

There are many reasons for the global energy shortage, but the main factor remains the simple supply and demand dynamics. In short, there is an increased demand for energy in the face of an approaching winter, and a general uptick in demand for goods and services in the face of reduced lockdowns and increased freedoms. Each country is now having to revisit its energy supply chains and many of the managers we have spoken to see this as a potential opportunity. Some companies will undoubtedly benefit from the situation and from an increase in the pricing power compared to what they have had for many years.

In addition, the UK’s reliance on wind-generated power has been brought into sharp focus because, basically, the wind didn’t blow enough. It seems inevitable that there will always be periods when either the wind doesn’t blow sufficiently or the sun doesn’t shine enough. What we are witnessing is the first round of a marathon battle between those who are aggressively anti-fossil fuels and those trying to keep the lights on in the here and now. This promises to be a tortuous contest, but if it counties and we do have to contend with blackouts, then a certain level of pragmatism will be required. The problem then will be that there won’t be a quick fix after years of under (or no) investment in the energy sectors, sectors we have relied on for decades.

It seems inevitable that in any macro update we have to highlight the stance and actions of Central Banks.

The US Central Bank (the Fed) has indicated they are looking to start ‘tapering’. Tapering simply refers to the slowing down of asset purchases (mainly bonds), and therefore a gradual removal of some of the most unorthodox market support. When the FED actually begins tapering is up for debate, as there have been numerous false dawns over recent years, but just the concept of tapering has impacted market volatility already.

This potential withdrawal of market support has affected those areas of the market that have flourished in an environment of significant Central Bank assistance, persistently low inflation and ‘lower for longer’ interest rates. One such area is US technology companies, which have seen increased levels of volatility this year. These companies could continue to perform well; however, other opportunities will also present themselves if a prolonged change in market circumstances and sentiment occurs.

As ever, we look to hold a more diversified range of assets in an attempt to offset some of the risks change in Central Bank policy will inevitably bring.

Following dollar weakness through the start of the year, the combination of uncertainties highlighted above have seen the Dollar rally strongly against a basket of global currencies between May and the end of September. As Sterling has also weakened, it is worth noting that this has had a direct, largely positive, impact on the valuation of US-centric investments.

*Information displayed is short term in nature to demonstrate performance over a specific time period. Please contact IBOSS for long term data, including since launch and/or 5 years.

These are the views of the IBOSS Investment Team at the time of writing/publish date. Our views and opinions regarding certain investment themes and topics can alter over time as the macroeconomic background changes and other industry news is made publicly available.