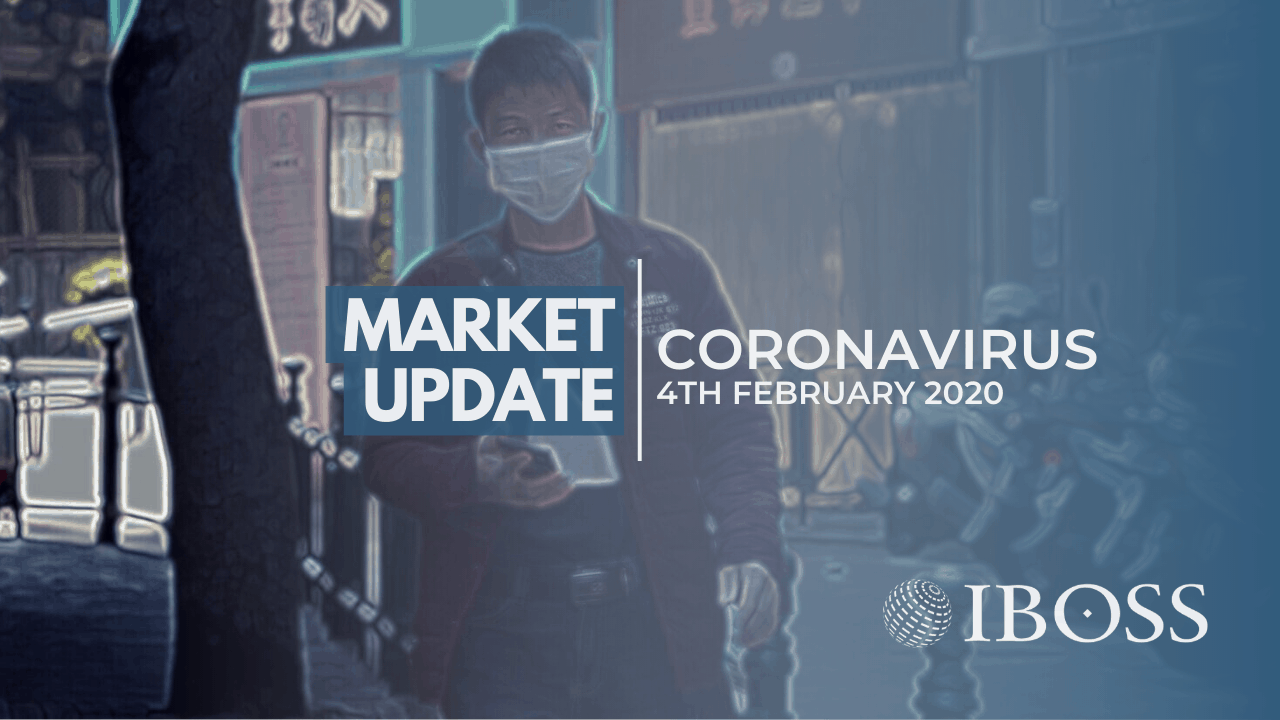 On the 31st of December, China announced an outbreak of a new coronavirus in the city of Wuhan, involving 27 cases. However, it wasn’t until the third week in January that it really started to hit the world media headlines and impact the equity and bond markets.

Mainland-listed Chinese stocks ceased trading on January 23rd which was two days before the start of the Lunar New Year. Even by then, the benchmark, Shanghai Composite, had fallen approximately 4.5% since the highs of mid-January.

Once they re-opened on Monday, albeit with a short selling ban in place, China indices were down circa 7.5% with many stocks ‘limit down’ 10% in the session. The Chinese government reduced their reverse repo agreements by 10bps and injected 1.2 trillion Yuan via reverse bond purchase agreements, which helped stem these losses.

We can expect further injections of liquidity in the coming days and weeks. The Chinese authorities are basically saying they will do whatever it takes to maintain some level of stability. This liquidity injection cannot be underestimated. The main reason equity markets across the globe have been rising over the past dozen years, is the sea of liquidity, virtually nothing else has mattered for more than a few days.

The proof of this market reliance on central banks and super-easy monetary policy came in Q4 of 2018. The Federal Reserve Bank in America threatened to withdraw liquidity from their market, whilst at the same time raise interest rates. The markets cratered and at one point the S&P 500 was down 17% on an intraday basis. The Fed chairman and other Fed members then proceeded to quickly row back on all previous talk of ‘normalizing’ monetary policy and the decade long bull market in equities commenced once again, as the chart clearly shows. The historically high global market levels are predicated on the world’s central banks continuing to play their part in this unprecedented liquidity fest.

For a few brief days, talk of a world war emanating from the US assassination of an Iranian general caught the markets off guard. When it became clear neither side was prepared to put up with the consequences of an escalation, the markets reverted to a central bank dominated melt-up. We have now seen this again with coronavirus, the only thing that brings markets down significantly is an event that the central banks cannot offset with their actions. A potential world war or a global pandemic are two such events, but neither has so far materialised, and hopefully won’t do either. 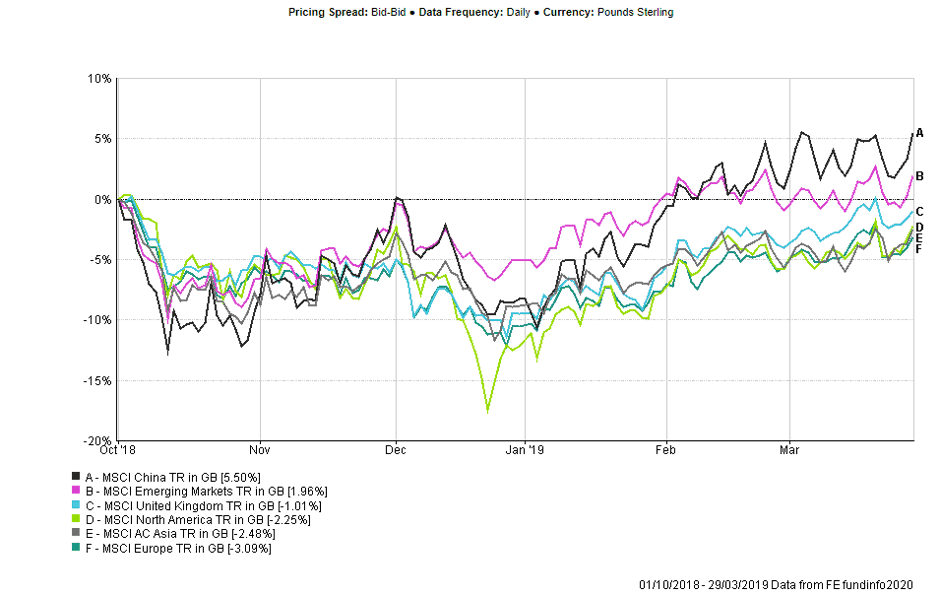 The economic fallout from the virus is impossible to quantify but if the number of cases fell next week, which looks incredibly unlikely, there is already damage to the Chinese economy and this must feed through to economic numbers in relatively short order. If the extrapolations from the impact start to be more positive however, or at least better than worst case scenarios, we could quickly revert to the liquidity fuelled stock market melt up.

The investments which achieved positive returns, or at least not generally negative ones, in markets where there is a degree of panic due to uncertainty are gold, cash funds and global sovereign bonds, especially treasuries. We hold these assets across our range of investments and are firm believers in diversification, even during periods when it can be potentially detrimental to performance. ‘Black swan’ events are necessarily impossible to predict, but we know they will come around and the higher markets are relative to their own histories, the more we see the need for truly diversifying assets.