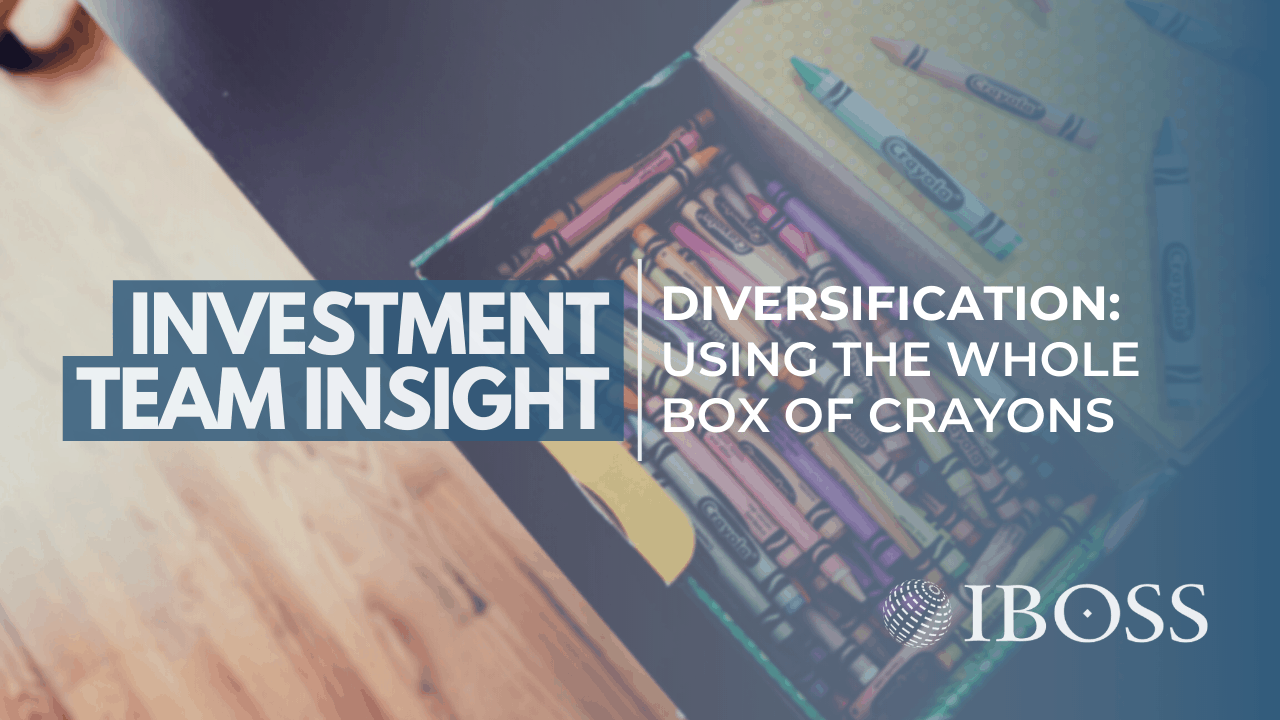 FOR PROFESSIONAL FINANCIAL ADVISERS ONLY

We have discussed the benefits of diversification more than ever recently. Whether it’s ‘resisting the call of recency bias‘, or making sure to ‘pack your umbrella in case of rain‘, it is no secret that many investors have become increasingly exposed to a more concentrated selection of assets.

The recent drawdown period has been a difficult time for investors and a very real human tragedy, but it is also an opportunity to assess investment characteristics in a period that looks very different to the majority of the last decade.  We have seen a dramatic increase in the dispersion of returns within asset classes; what we mean by this is that the difference between the best and worst performing areas has widened significantly. The knock-on effect is, as you would expect, that more concentrated multi asset portfolios have either performed extremely well or extremely badly over a very short period.

The range of returns in bonds is a great example, with a difference in outcome of over 30% between the 20th of Feb and the 24th of March. The positive standout fixed income instruments were those with either very little credit risk or very little interest rate risk (duration). Perhaps more interestingly, the worst performing assets were those that had performed the best in 2019, a year where equities produced returns of 22% and high yield was up almost 11%. In short, the fixed income instruments that have struggled the most are those which have the most equity-like characteristics.

The most telling sector here is the IA Strategic Bond sector which has, so far, underperformed the corporate bond sector. This could indicate that many strategic bond managers had attempted to boost returns by increasing their allocations toward high yield and, therefore, reduced the defensive nature of their funds/portfolios. Obviously, in this scenario holding just the US 10 year would have been the best position over the period below but then would have serially underperformed in the three years prior, whilst a fully diversified range of fixed income assets could have performed reasonably well through both scenarios. 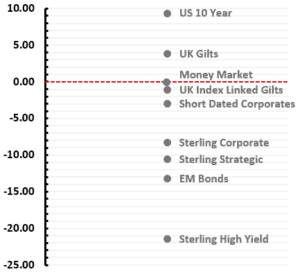 The range of returns is equally as wide in equities, with a 19% difference between Chinese equities and UK equities. What perhaps seems counter-intuitive is that, overall, it is developed market equities that have under performed, and it is emerging markets that have added value through the drawdown period. Much like the situation in fixed income, you have been rewarded for holding a more diversified range of global equity assets. We have mentioned for some time that investors have increasingly allocated to US equities, and whilst this has by no means been a disaster, it has reduced the ability to diversify properly. For many multi asset portfolios it is unreasonable to hold an overweight to benchmark amount in emerging markets, however even a relatively small holding has added to relative performance. 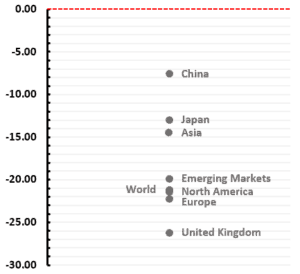 Investing is about using the whole box of crayons

This wide dispersion of returns is not necessarily a bad thing and may in fact indicate a wider opportunity set than we have seen for quite some time. The adage of ‘time in markets rather than timing markets’ may seem trite but assets have undoubtedly seen a significant re-rating. It is worth considering that market participants, especially equity investors, should be pricing in a company’s future outlook rather than focussing on short term issues. The exceptional point however being, in the first instance, making a judgement call on whether a specific company can survive in what for many is the harshest environment they will have ever faced.

The dramatic flip from extreme greed to extreme fear based on viral fears is both reasonable and understandable, however the best time to make defensive allocation decisions was pre-Feb 20th rather than making fund decisions in the eye of the storm. Back in January we reached not just extreme greed levels but, for many investors, peak central bank invincibility. As our investors are undoubtedly aware, we do not attempt to make large asset allocation bets. Where historically we have added most value is in finding the managers who can take advantage of the ever-increasing opportunity set, whilst avoiding those areas of the market that look expensive relative to history.

In our last article we suggested that investors lash themselves to the mast of diversification, despite the increasing pressure to do otherwise. Things look very different now than they did on the 22nd of February, however our suggestion remains the same. Markets could go either way, but it remains imperative to follow the widely known but sometimes difficult to follow tenets of investing; stay diversified, avoid market timing and remain rational.

For more information regarding our portfolio & fund performance, alongside positioning and outlook, please refer to our recent webinar recorded on the 24th March. 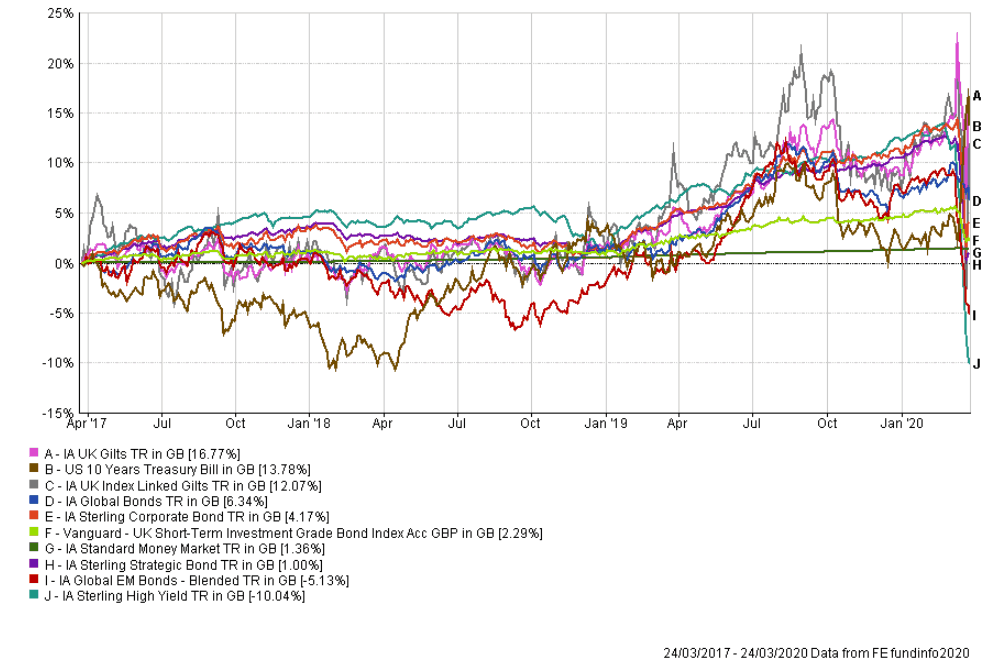 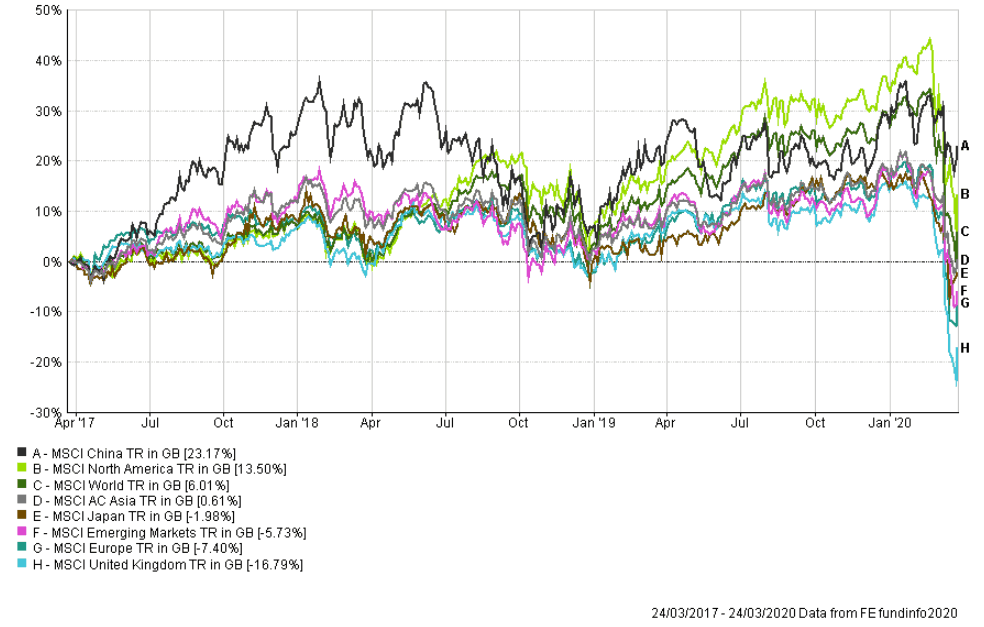 This communication is designed for Professional Financial Advisers only and is not approved for direct marketing with individual clients.
Past Performance is no guarantee of future performance. The value of an investment and the income from it can fall as well as rise and investors may get back less than they invested. Risk factors should be taken into account and understood including (but not limited to) currency movements, market risk, liquidity risk, concentration risk, lack of certainty risk, inflation risk, performance risk, local market risk and credit risk.